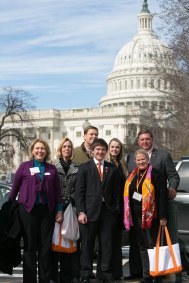 The Affordable Care Act (ACA), also known as Obama Care, passed in 2010 and was intended to allow more Americans to access affordable and comprehensive health insurance coverage.  This law has been under great scrutiny and Republicans have wanted to repeal (cancel) it from day one.  Now that the Republican party controls the Presidency in addition to the U.S. House of Representatives and the U.S. Senate, it is highly likely the ACA will be repealed, but replacing it will not be an easy feat.

Many of you have asked what will become of the ACA and how changes will impact people with kidney disease.  While I can’t offer many predictions on what’s to come, I can help to answer the questions on what has happened to date and what it means.  I’ve also thrown in a few forecasting thoughts, but please don’t hold me to them as we are quickly learning to expect the unexpected this year.

We know that many people with kidney disease, prior to the ACA, had challenges getting health coverage because they had a pre-existing condition and could be denied insurance.  People with kidney disease also incurred a waiting period before getting coverage, or were faced with unaffordable monthly premiums.  We also know that people with kidney disease were more likely to reach the annual and life-time caps that were allowed prior to the ACA – this means some people would reach periods where their health insurance wouldn’t pay for their healthcare costs even though they continued to pay premiums. For most kidney patients who progress to kidney failure the Medicare End-stage Renal Disease (ESRD) program allows them to enroll in Medicare coverage regardless of age for as long they remain on dialysis.  Medicare will pay for a kidney transplant too, but after 36 months, Medicare coverage for those under age 65 ends unless the person has Medicare due to a disability other than kidney failure.

The National Kidney Foundation has always advocated for kidney patients to have access to health insurance and for the elimination of life-time and annual caps on coverage.  We believe kidney patients should not be discriminated against because of their health status.  We are concerned that if the policies which protect patients against insurers charging higher premiums and protect against insurers delaying coverage due to pre-existing conditions are repealed, it could set us back in our goal to improve earlier detection and treatment of kidney disease.  Testing and identifying the disease could prevent patients from obtaining health insurance.

The ACA has not been a perfect solution. Many kidney patients continue to face high out-of-pocket costs for services and medications, including for immunosuppressive drugs post transplant.  As a result, NKF has also advocated for reforms to the ACA which would make healthcare services more affordable.

To date Congress and the President have set the stage for repeal efforts and a dismantling of certain provisions of the ACA, but nothing has yet been repealed.  What has occurred in Congress is a budget resolution vote which essentially was an agreement to use a process known as Budget Reconciliation to repeal parts of the Affordable Care Act that deal with money and taxes.  The vote on Budget Reconciliation only requires 51 Senators to vote in favor. In contrast, if a stand-alone bill to repeal was introduced it would take 60 votes to overcome a likely filibuster and vote on a bill, a much more challenging threshold to reach.

Under Budget Reconciliation, Congress can’t repeal the pre-existing condition protections or the lifetime and annual limits on coverage.  However, it can repeal the tax penalties for those who don’t get health insurance (the individual mandate) and the subsidies and tax credits to help people afford insurance.  It can also take away increased funding to the states for Medicaid expansion. Any of these moves can decrease access to health insurance – including for those with chronic conditions.  For example, if states lose Medicaid funding they could restrict who they will cover under Medicaid and these decisions will vary from state to state. If the individual mandate is repealed, insurers may exit the individual insurance market or substantially raise premiums for everyone because it is widely believed that young, healthy adults will drop coverage, leaving only those with costly health conditions covered.  This creates unacceptable risk for the insurers and higher costs for consumers.

On Friday, January 20th, shortly after being sworn in, President Trump issued an Executive Order that appears to take aim at repealing the individual mandate as well as other parts of the ACA, but the Executive Order still requires the U.S. Department of Health and Human Services (HHS) to follow existing law.  This means the incoming Secretary of HHS will still need to issue proposed regulations, likely with a public comment period, and will still be restricted to upholding the requirements under the ACA.

Republicans have indicated a desire to repeal the individual mandate and to limit funding for Medicaid expansion, but it’s unlikely that these would go into effect before next year – even if they vote in the next week or two.  This may allow Congress time to come up with an ACA replacement bill.  Some Republicans have also indicated a desire to keep coverage for those Americans who have it today and to keep protections for pre-existing conditions.  The President has publicly stated his desire to increase access to insurance and even more boldly stated a desire to have coverage for all Americans. However, no replacement plans have been agreed to yet.

In a nutshell, nothing regarding the ACA has changed to date.  But, the stage has been set and action to repeal certain parts of the ACA through Budget Reconciliation could happen this week or next.  However, an ACA replacement bill could take much longer to develop and pass (also requires 60 votes). This could potentially put the coverage of millions of Americans in limbo until then.  Because of this, I urge you to take action to make sure millions of people keep their access to health insurance – including those with or at risk for chronic kidney disease.  Email your Members of Congress and ask them not to vote on repealing the ACA until a replacement plan is finalized.

Do you have health insurance because of the ACA?  Share your story with us in the comments below or email us at nkfadvocacy@kidney.org.